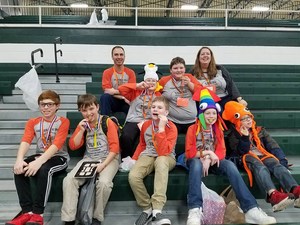 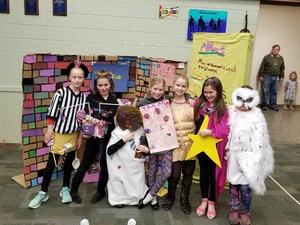 The district did very well at the regional contest at Wayland last weekend with 13 teams competing. Only 11 of the 13 teams were eligible to advance to the state finals. Two teams are primary elementary teams who do not advance.

Of the 11 teams eligible to advance, all 11 placed at the regionals and eight teams advance. There are two teams representing Page Elementary Schools, two teams from the high school and four teams from the middle school advancing.

TK also sent two primary teams to the regional competition. The McFall team was made up of Matthew Ramirez, Landon Lambitz, Anna Kenyon and Hudson Ulanch coached by Jessica Ramirez.

The Lee Elementary team was made up of Erin Roon, Exley Roon, Jackson Lambitz, Evan Muka, Greyson Pierce, Anthony Sager-Wissner, and Collin Long. The team was coached by Erin Roon and Aaron Wissner.