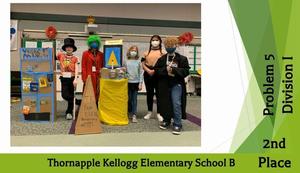 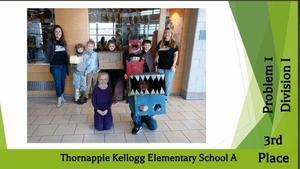 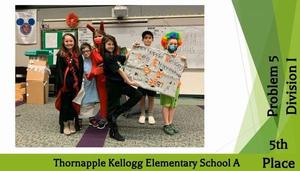 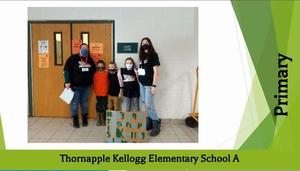 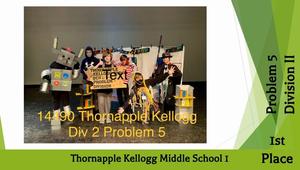 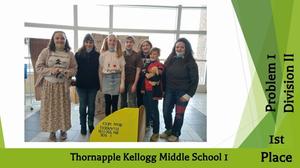 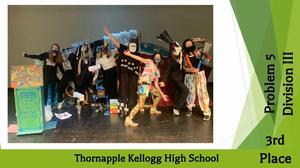 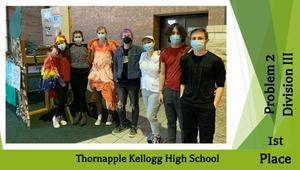 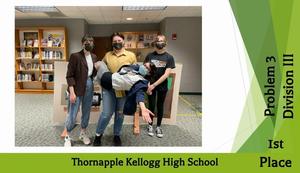 After a year off because of COVID, Thornapple Kellogg Odyssey of the Mind teams stepped up this weekend in a big way advancing seven of the district’s nine teams to the state finals.

“I'm so proud of the nine teams we have this year and incredibly grateful for the coaches who make this journey possible for TK students,” said Robin Walters, TK Odyssey of the Mind coordinator. “TK did not participate in 2021, so it was a great feeling getting "Back to Creativity" this year.” The “Back to Creativity” slogan was used on the TKOM t-shirts this year designed by Shelby Robinette.

Walters said she’s especially happy to see teams able to compete again this year after COVID shut down the program last year. Teams last competed in February 2020 at the regional level, but weren’t able to continue with the state or world competitions. The competition this year wasn’t without some snags.

“The coaches and teams have worked through numerous illnesses and quarantines,” said Walters.

An elementary team unexpectedly had two missing team members at Saturday’s regional competition and the five remaining team members had to quickly rewrite their script and make it work. “They placed second in their problem and Division,” said Walters.

Illnesses also played havoc with the district’s primary team which didn’t even meet as a whole group until the week of the performance.

“These are amazing examples of perseverance and problem solving,” said Walters.

That’s just what Odyssey of the Mind is all about. The program challenges teams to find unique and innovative ways to solve different problems using critical thinking and creativity. Teams showcase their ideas through timed skits performed before judges.

Other teams competing at the regionals included: