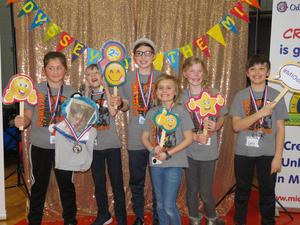 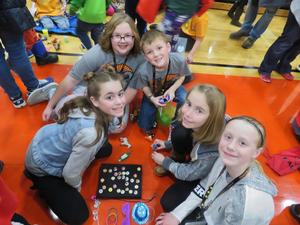 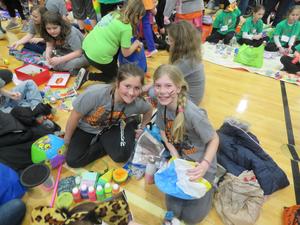 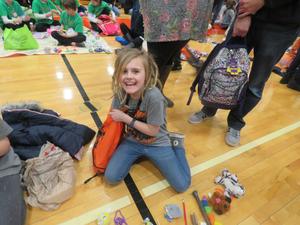 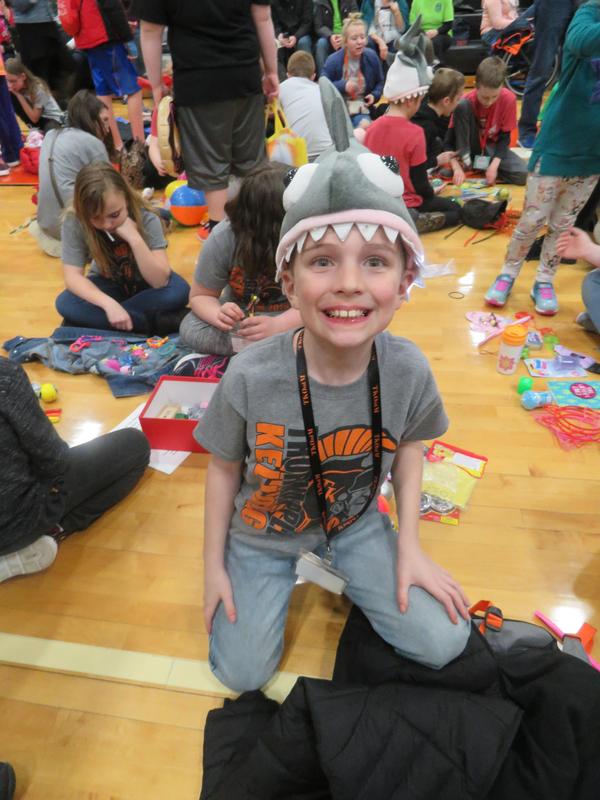 Thornapple Kellogg Schools will again be well represented at the Odyssey of the Mind world finals in Lansing this year by three teams - one team from Page, one from the middle school and one from the high school.

Ten TK teams competed Saturday in the state finals hosted at TK.  Two other teams narrowly missed advancing to the worlds with third place finishes. Only the top two teams in each division advance.

The Page Elementary team advancing to the world finals is made up of team members Oliver Lietz, Erik Cove, Gracen Rabley, Elise DeBoer, Israel Sherk, Carter Curtis, Luke Archer. The team ended up in a three-way second-place tie in their division qualifying for advancement to the world finals.

The TKHS team made up of Jacob Maring, Emma Chapman, Grace Densham, Zane Walters, Clair Jansma, Anna Miller and Wyatt Crampton, not only placed first in their division, they also won the coveted Ranatra Fusca Award for creativity. In addition, Crampton was awarded one of the four OM scholarships.

In making the announcement of the Ranatra Fusca Award, OM officials said they believed this was the first time a team was nominated by both the spontaneous problem judges as well as the long-term problem judges.

The team also won the Ranatra Fusca Award at the regional event. The award is presented to an outstanding team presenting exceptional creativity. It is the most coveted of all OM awards and is given out based on nominations by the judges.

The middle school team also placed first in their division and is advancing to the world finals. The team is made up of team members Lee Marentette, Rachel Shoemaker, Sierra Morton, Zach Maring, Kate Baldry, Natalie Alden.

One team from the middle school and one team from Page did not place in the top six in their very competitive divisions at the state finals.

The world finals will be at Michigan State University in East Lansing May 22-25.

TK has hosted the state finals for several years and it wouldn't be possible without the support of TK administrators, support staff, custodians, dining service, and the many volunteers.